Cosmic Ampworks was established in Wageningen, The Netherlands in 2017. The story started much earlier however; in the Frisian city of Leeuwarden in the late 1970s. To learn a bit more about our background – should you be interested – just continue reading. 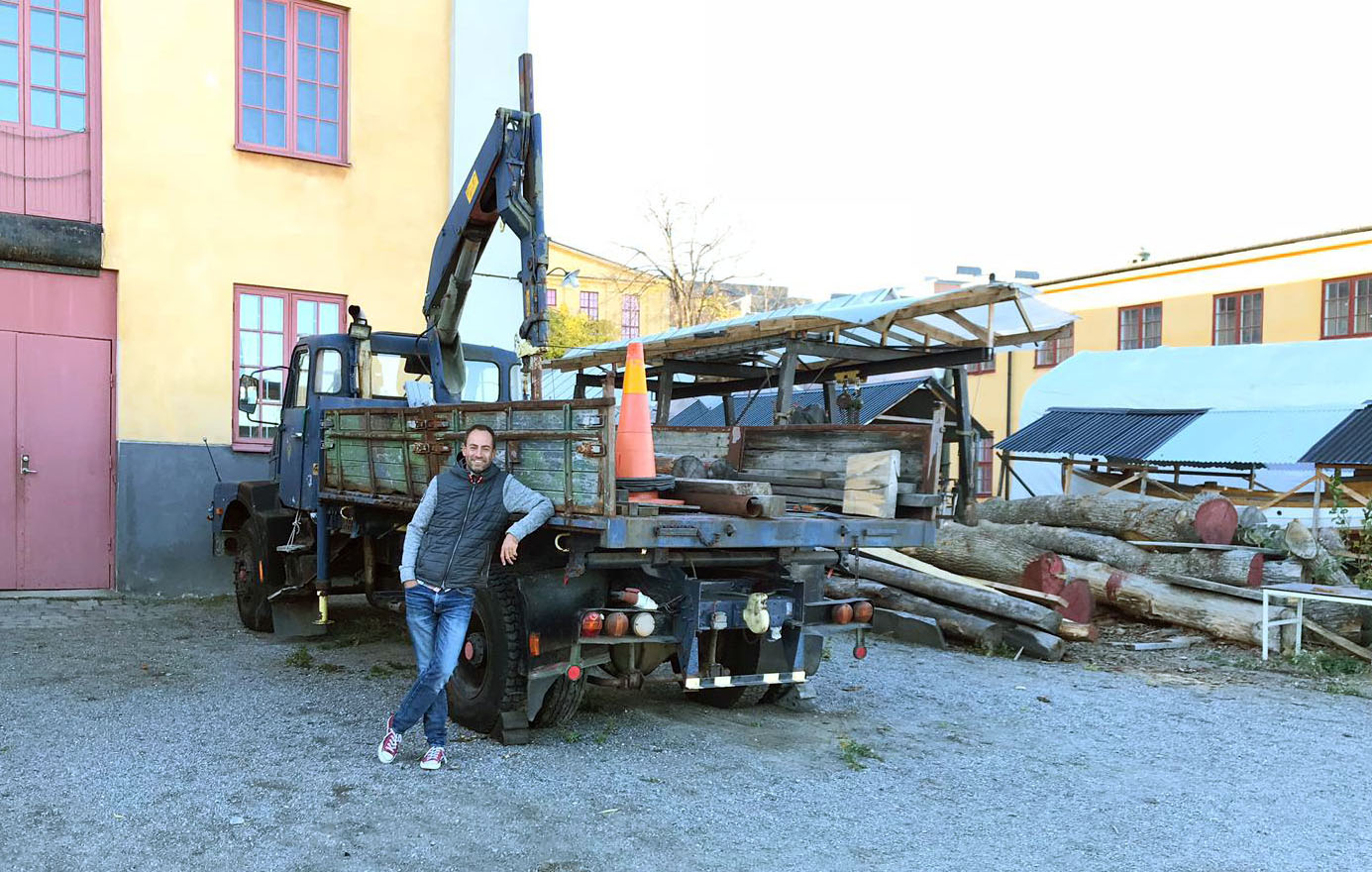 The city of Leeuwarden in the late 1970s. On a day like many others, a boy named Sander de Vries was playing “Jumbo Electro”, a popular kids’ game. Goal was to connect a set of pictures on the left-hand side of a playing board to the correct pictures on the right-hand side, by simultaneously pressing on them with two little probes. When the correct pictures were selected, an electrical circuit was closed and a big red “Jumbo” logo was illuminated! At that random day in the late 1970s, the “Electro” game didn’t work however, so I – that boy was me –  just decided to take out the red plastic box with the light bulb and all to see if I could fix it. But… it wasn’t that easy to get the assembly working again after removing the batteries and putting them back in? Luckily, my father had been a telegraphist and radio operator in the Dutch army in the late 1960s, so he was more than familiar with the matter. In a couple of minutes, he explained me how to correctly align the pluses and the minuses of the batteries and that for electricity to flow, a closed circuit is necessary. Left alone with this new knowledge, it soon sank in that this was truly amazing. There seemed to be invisible forces of nature that obediently flow through flimsy wires and that behave according to very strict logical rules? Awesome! 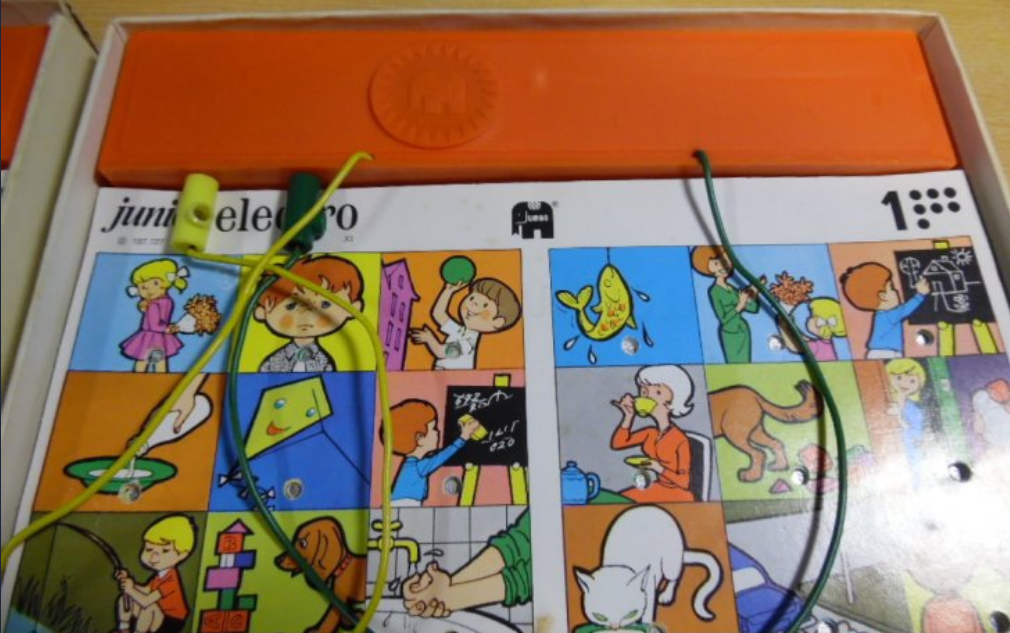 In primary school, I soon built some little circuits myself when I got a box of electrical components, containing some wires and switches, a little doorbell and some light bulbs. Radio also caught my interest, particularly when I found an old tube radio, stored in the attic of my grandmother’s farmhouse. My father then lent me a book that he had used during his service in the army: Radio- en Televisietechniek (“Radio and Television Technology”) by Wim van Bussel (Prisma, 1966). I carefully read it and obtained a basic understanding of electron valves, transistors and the principles of radio and television. Then, when I was 10 or 11 years old, a “Philips Electronic” box allowed me to actually build some of the more advanced electronic circuits that I had read about, such as radios. The box contained a kind of breadboard and a set of electronic components (transistors, resistors, capacitors, etc.). Interesting to read now, many years later, that many have been strongly influenced by these kits in their choice of education and career! A classmate of mine (who went on to study electronical engineering) also happened to own a Philips Electronic box, so soon we were not only building the included projects but also frequented the local electronic parts shop and soldered little (illegal) FM radio transmitters. 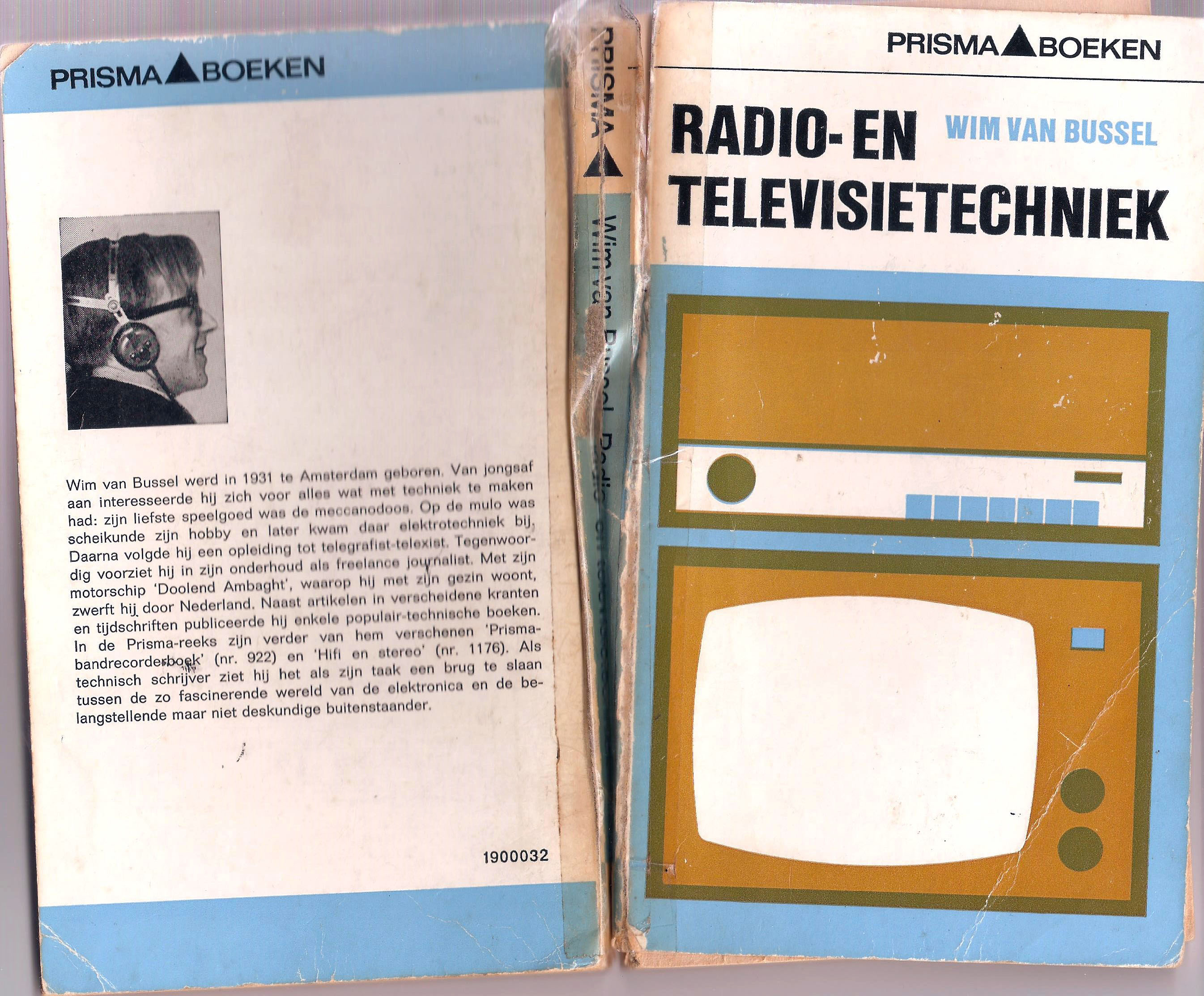 My father’s book on radio and television technology by Wim van Bussel (Prisma, 1966).

The electronics hobby continued well into the second or third grade of highschool, but then lost some momentum due to the time required for homework, listening to music, playing drums and, of course, playing electric guitar. Soon, it was time to leave school and enroll for university. Instead of choosing for an education in the field of electronics, I decided to choose something that seemed more adventurous to me (at that time) and would allow me to travel abroad: Tropical Land Use at Wageningen University. During my student days in Wageningen I was busy with many things (playing drums in a band, race rowing), and so it happened that my electronics hobby only resurfaced again in the new millennium, when I had started working as an agronomist in Indonesia. The internet had become mainstream by then and suddenly, schematics of stomp boxes and tube amplifiers (18watt.com) became easily available. My old interest was rapidly revived and I started reading about electronics again, refreshing and expanding my knowledge. 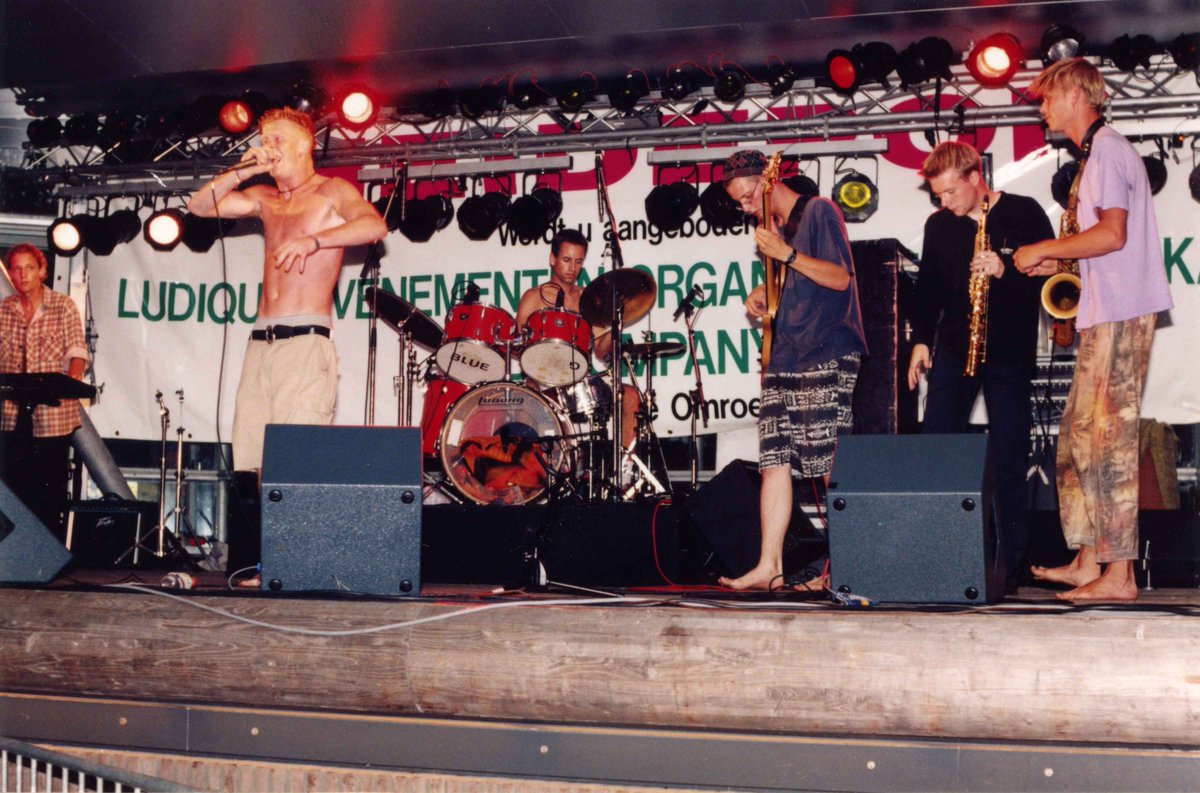 Behind the drum kit during my student days in locally renowned funk-hop band “D-Upyoghurted”. Here we’re opening for Jan Akkerman in Ede, 1997.

Back in the Netherlands, I bought my first tube amp, a Peavey Delta Blues that I mainly used for playing jazz in a bigband. Also, I built a fuzz-face effect pedal and started importing and refurbishing some vintage amps from the US, when the dollar rate was particularly favourable. Professionally, I successfully pursued my PhD degree, researching the sustainability of biofuels. Never having felt entirely at home in the scientific world however, working with guitars and amplifiers continued to help me relieve some stress and to stay connected with my real interests. The sheer joy that working with guitar amps gives me has eventually, in 2017, led to the decision to start a part-time business in building and repairing guitar amplifiers. To be continued… follow us on Twitter for real-time updates! 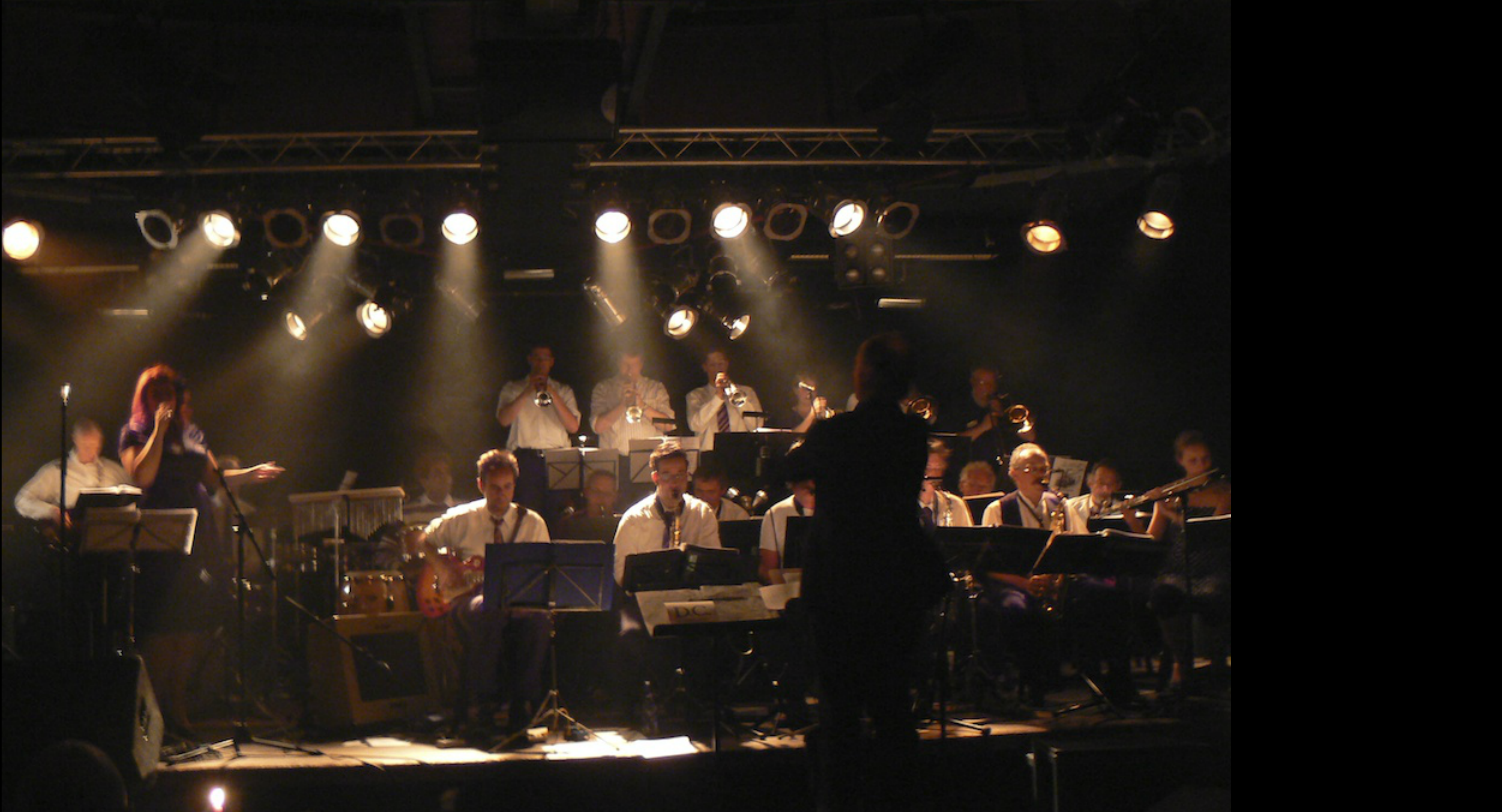 Playing a Les Paul through a Peavey Delta Blues amp around 2006.

Your music and guitar magic made the world a more beautiful place. Eternal thanks for that gift #JeffBeck. #RIPJeffBeck

Heartbreaking news to report the late, great Jeff Back has sadly passed. No one played guitar like Jeff. Please get ahold of the first two Jeff Beck Group albums and behold greatness. RIP.