(This amp is presently for sale!) 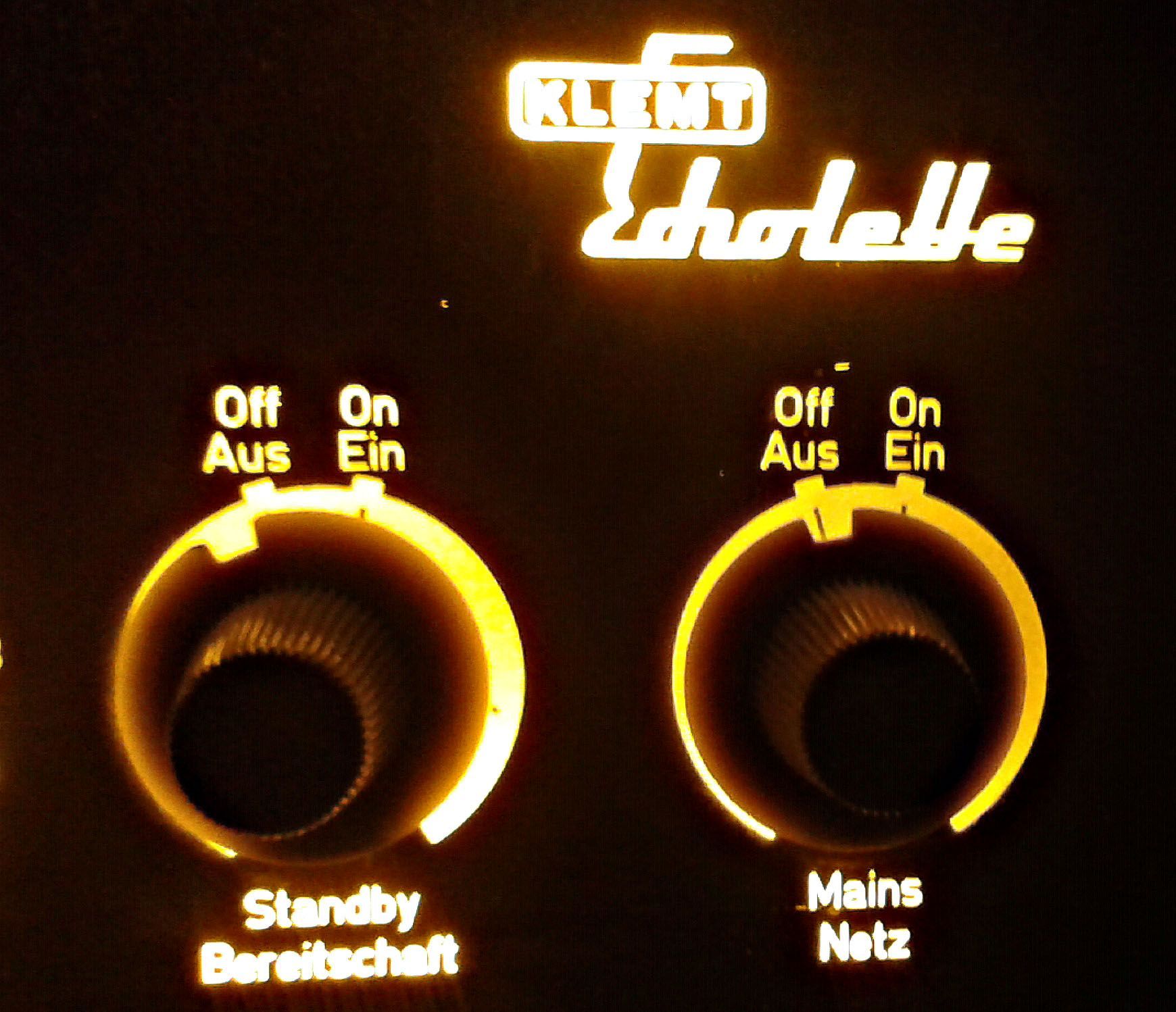 Probably I wouldn’t have shown much interest in vintage German guitar amplifiers if it were not for a befriended guitar player, who happens to own quite a couple of ‘em. Every year, this guitar player and I rehearse at least a couple of times together with the backing band for our kids’ school musical. So, the first time I heard him play a vintage Les Paul through one of his vintage German Dynacord amps, just before one of those sessions, a classic Peter Green sound blew me off my feet, convincing me that these amps are the real thing! Perhaps it shouldn’t have come as such a big surprise to me though; German engineers are world famous for their skills. Take the best sounding radio in my house, still my grandfather’s 1950s Gründig, or the Volkswagen Beetle, a massive success. But perhaps even better to mention the “New Series” BMW 1500 here, conceived in early 1960’s München, Bavaria – you’ll see why in a minute.

The BMW 1500 was  introduced in September 1961, entered regular production in October 1962 and was manufactured until December 1964 – almost exactly the same period (and place) as the guitar amp we’ll write about below (Photo: Michael H., unmodified image shown above. Click here for license info).

Anyway, when I was offered the opportunity to borrow a more or less redundant early 1960’s Klemt Echolette Showstar S40, either just to give my opinion on it, or perhaps to offer it for sale through my website or even buy it myself, I didn’t hesitate for a moment. Perhaps there are other cool vintage amps that were made in 1960s Germany, but the standout feature that makes the Showstar so attractive is that stunning illumination of its dials and “plexi” faceplate! Imagine yourself on stage with an Echolette Showstar and the people in the audience thinking “hey, that dude (or gal) has really got the coolest looking (and sounding) guitar amp in the world, what kind of amp is that?!”

But wait, did I just say “plexi”? Yep, just like the famous Marshall 100 Watt Super Lead (model number 1959), which went in production around 1965, the Echolette Showstar sported a plexiglass front panel… with the difference that the Showstar S40 was already produced in 1963! So, despite the plexi panel and other similarities with early Marshalls (such as EL34 power tubes!), it seems unfair to depict the Showstar as an early Marshall copy. It rather seems that both companies independently arrived at some similar technical solutions and that, in some respects, the engineers of Klemt Echolette were probably ahead of those at Marshall Amplification!

Indeed, the build quality of vintage Echolette amps is praised in many corners of the internet, from the tight fit and rugged construction of chassis and cabinets to the ingenious presence control, the rubber suspended potmeters and little spring secured Faraday cages for the tonestack. Not to forget the backlighting of that faceplate, which is not simply coming from a couple of incandescent bulbs, but from fluorescent tubes… which in this particular case don’t cause any hum or noise when switched on! The eye for quality is not surprising, given the fact that Klemt, established in the 1930s close to München, Bavaria (just like BMW), also produced electronic measuring equipment and, allegedly, equipment for European film crews and for medical applications. Stuff that needs to be designed for ruggedness and reliability above all. 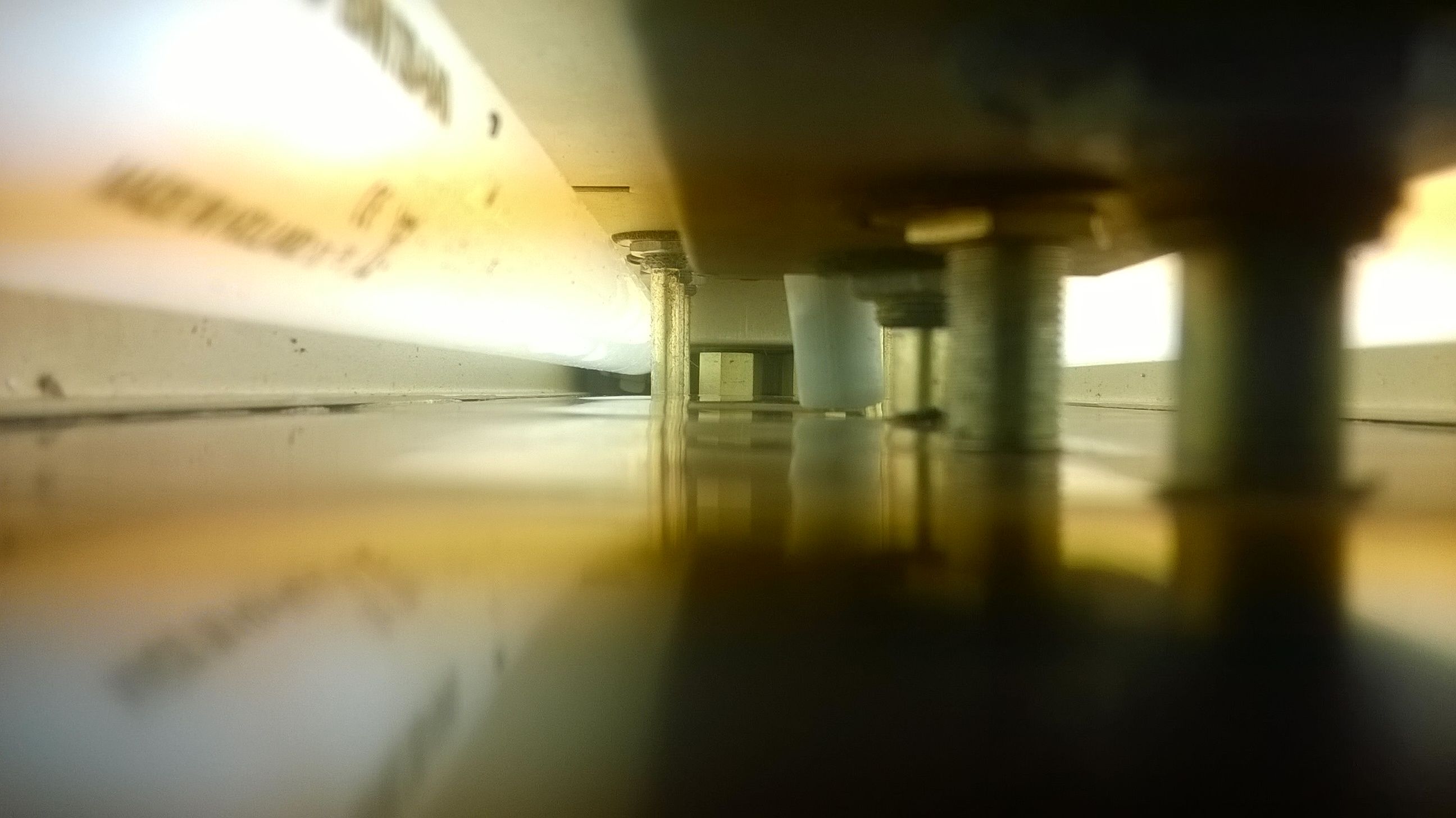 A still from the movie “The Matrix”? No; a peek behind the plexiglass (”plexi”) faceplate of the Echolette Showstar S40, where two fluorescent back lights are mounted!

So, it was only in the mid-1950s that Klemt started producing PA systems for musicians, guitar amplifiers, and even tape echos, under the brand Echolette. Their devices were used by the Beatles (during their early Hamburg period) and Chuck Berry, among others. Interestingly, Echolette tape-echos also played a role in the creation of the “Indo-rock” sound in the Netherlands, as becomes apparent from the book “Helden van toen: the Tielman Brothers en de Nederlandse rock-‘n-roll 1957-1967”, by Harm Peter Smilde. In contrast to the British sound of the time, which was characterized by overdriven Vox AC30 amps with little reverberation, the Indo-rock sound was clean and drenched in echo… from Echolette devices. Some Klemt amplifiers were also exported to English-speaking countries under the brand name “Winston”.

Now, it’s easy to get carried away with bright lights and swinging sixties history, but to be the star of the show, a guitar amplifier first and foremost needs to sound great, so how about our Showstar? Often times the S40s are characterized as tonally similar to the early Marshalls, particularly the JTM45, with lots of overtones. The proof of the pudding is in the eating however, so we connected our much appreciated guest to the mains voltage and introduced her to our Les Paul in residence, letting her speak through an Eminence Legend equipped speaker cabinet. We started out with the normal channel, which… has plenty of power but unfortunately didn’t meet our expectations in terms of treble and sparkle, even with the presence and treble maxed out… Hmm. Bummer. But let’s not get discouraged. On to the vibrato channel then, but with the vibrato dialed to zero/switched off. Now this was more like it! Overtones galore, a strong midrange and, if wanted, a very strong punch in the bass! It certainly has that ‘big iron’ sense of power and dynamics at our fingertips, like “waiting at a stoplight in a ’69 Charger with a 440 Hemi”, as Steven Fryette phrased it so nicely in his blog for PremierGuitar! The built-in vibrato, functioning with a light source and photo-resistor, should not be overlooked either, as it has a lush and characteristic vintage sound. Unfortunately its depth control seems to have gone dysfunctional though. 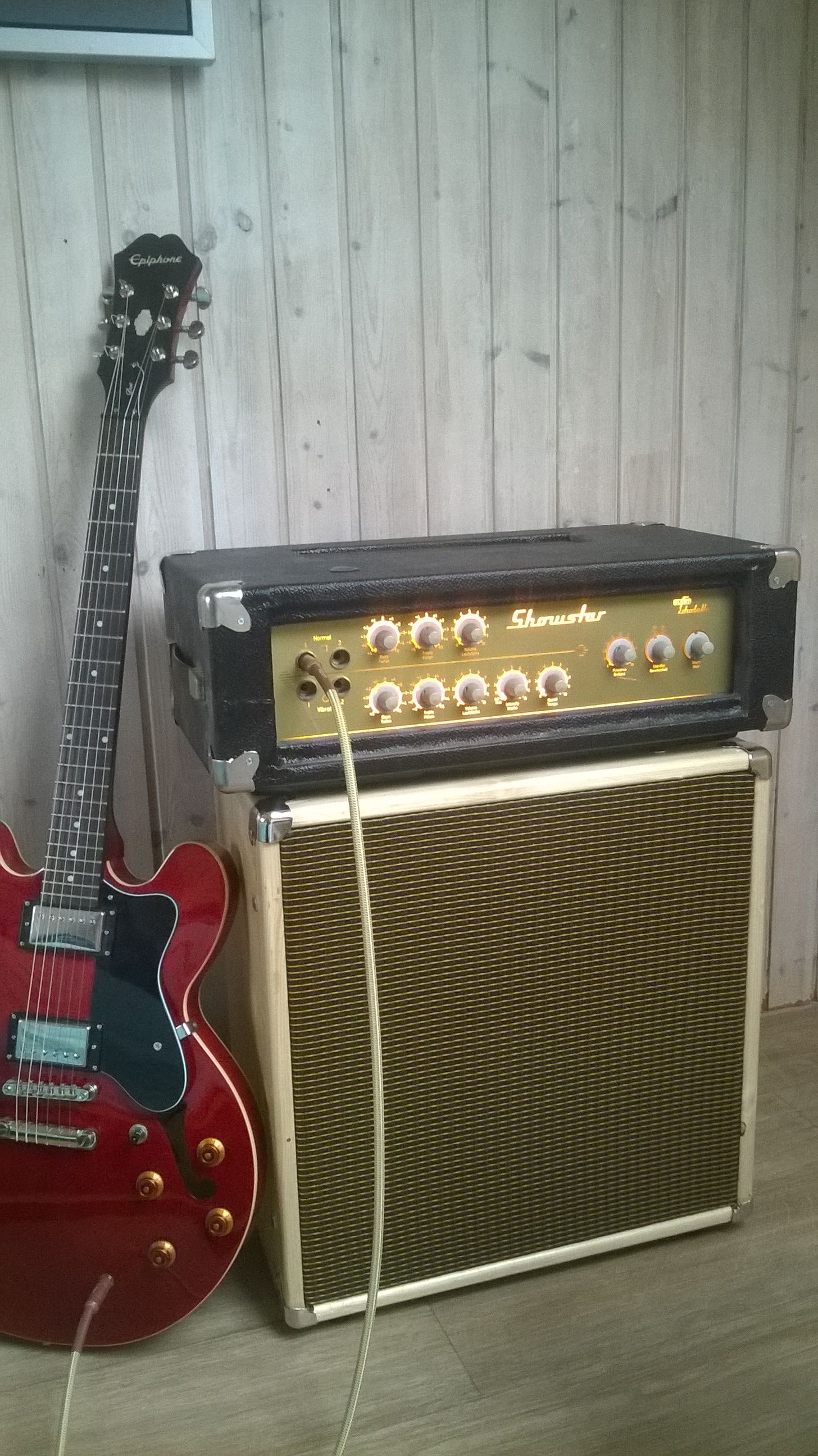 So what’s our final verdict on this beautiful piece of vintage equipment? In terms of looks, history and character, this is a must-have. A vintage Marshall-type amp, not a copy, but a way more rare and original design… and don’t forget about that spectacular faceplate illumination! Then there are a few minor setbacks. The ‘normal’ channel probably needs fixing, just like the vibrato depth control. And we didn’t mention it yet, but our Showstar doesn’t sit in its original cabinet anymore. At some point, somebody must have built a new cabinet for it – a decent job, but not one that will win any aesthetics prize. Moreover, the current black tolex looks probably much worse on the Showstar than its original blonde outfit. But hey, we instantly fell in love with this amp and the slight issues that it has can easily be fixed with a bit of skill and TLC!

(This amp is presently for sale!)

Glad to hear that you appreciate our blog, and nice to hear something back from @FBTelettronica!!

Thank you for the wonderful memory!

Fifty years after their debut, the Band Of Gypsys remains a towering achievement in the stunning, all-too-brief career of #JimiHendrix. Here’s a brief look back at how it all came together for one magical 'message to love.' Read more at https://bit.ly/342SD5U

“The Georgia-based company – which already manufactures #tubes for its ultra-premium hi-fi equipment – is asking customers which #tubes they'd like to see manufactured in #America”. #tubeamp #guitaramp #amplifier #hifi